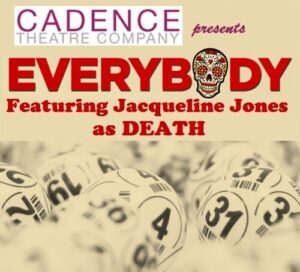 Or copy and paste this link:

Co-produced by Virginia Rep and Cadence.

“Everybody’s time is up.

But Everybody doesn’t want to greet Death alone.”

Everybody’s time is up. But Everybody doesn’t want to greet Death alone, so Everybody seeks the company of their friends Stuff, Kinship, Friendship, Cousinship, and Love to make the trip bearable. Branden Jacobs-Jenkins’ (Appropriate, Gloria) modern riff on the fifteenth-century morality play Everyman follows Everybody (chosen from amongst the cast by lottery at each performance) as they journey through life’s greatest mystery — the meaning of living. 2018 Pulitzer Prize Finalist in Drama.

Performers, in order of appearance: 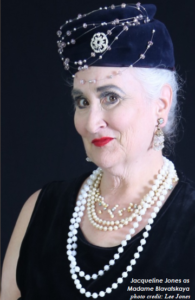 Celebrate at the Hotel Greene with The Spirit of Madame Blavatskaya, Highfalutin’ Mini Golf, an Exclusive Dinner Menu, and The Spirits of Long-Forgotten Staff & Residents.

“Our fauxtel has many long-term residents— some who are dead but don’t know it.

Most notable among them is Madame Blavatskaya.

Madame Blavatskaya is said to frequent the Lobby Bar and Hotel Spa on First Fridays, but really, Madame materializes on her on timeline at her own whim.

(Scroll Down to the Video on the Story Page)